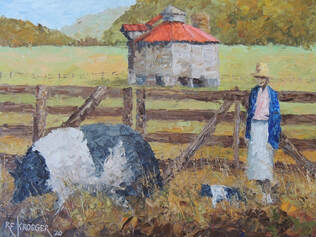 This 15-sided two-story barn, placed on the National Register of Historic Places in 1985, sadly collapsed, due to lack of maintenance, in 2005. However, thanks to information from its current owner, Mary Kuykendall-Weber, its history, as rich as any, has survived.
This fascinating story will be posted eventually. 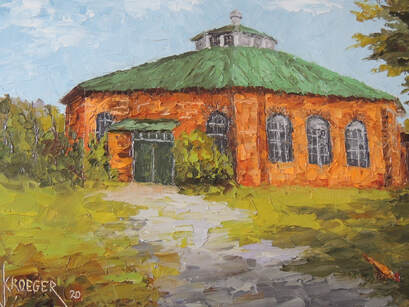 “America … and Its County Fairs”

Even though this octagonal barn was built in 1939 and, as such, does not have the antiquity of the round barns built decades earlier, it merits attention not only because it is a rare stone octagonal barn but also because it was built specifically for the Sheridan County Fair. County fairs represent agriculture in America and they trace back to 1807 when Elkanah Watson, a Massachusetts businessman who retired to a farm, organized the Berkshire County Fair, which is still held today in Pittsfield.
This fascinating story will be posted eventually.