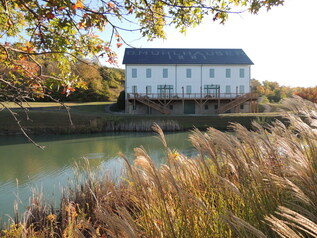 MUHLHAUSER BARN, WEST CHESTER
This is the first time an exhibit has been held in Ohio that features not only old barns from 88 Ohio counties but one that honors the restoration of the Muhlhauser barn. In the 1800s Cincinnati was a German beer drinking town and the brewers grew their hops and grains in Butler County's farm country, storing the crops in this barn before transporting them to the Windisch-Muhlhauser brewery in downtown Cincinnati, an area known as Over-the-Rhine. For a full story on “The Beer Baron’s Barn,” go to https://barnart.weebly.com/ohio-barns-a-c.html and scroll to Butler County.
Where: Historic Muhlhauser Barn of West Chester, 8558 Beckett Rd, West Chester, OH  45069
This barn is conveniently located about five minutes from I-75 in Butler County, just north of the Cincinnati area.

Directions: From I-75 Take Exit 19, Union Centre Boulevard and head west on this road
Drive two miles on Union Centre Blvd.
At traffic light, turn right onto Beckett Rd.
Barn is about a half-mile from this intersection. Turn right. Ample parking in lots.

Hotels: There are more than a dozen hotels in West Chester. These three are immediately off I-75 and close to the barn: Homewood Suites by Hilton Cincinnati/West Chester, Hampton Inn, Hilton Garden Inn. There are several others also fairly close to the event venue. The organizing group (UCBMA) may be able to provide some group rates.

Agenda: Since the event was rescheduled into only one day, there won't be a demonstration painting of an old barn, using palette knives and oil paint or barn stories. For such events throughout Ohio go to - https://www.robertkroeger.com/events
There will be book signings of Historic Barns of Ohio, released by Arcadia Publishing/The History Press.

Fundraiser: Each painting, framed in Ohio barn wood (in some cases, from the barn painted), will be displayed with its essay … and sometimes with a cut nail or other surprise from the barn. Proceeds from the auction will benefit 10 local nonprofits, including two historical societies. The paintings will be in a silent auction, ending in the evening. At that time, paintings must be picked up. For out-of-town bidders, shipping is available via Fed Ex, for $50 (continental US only). 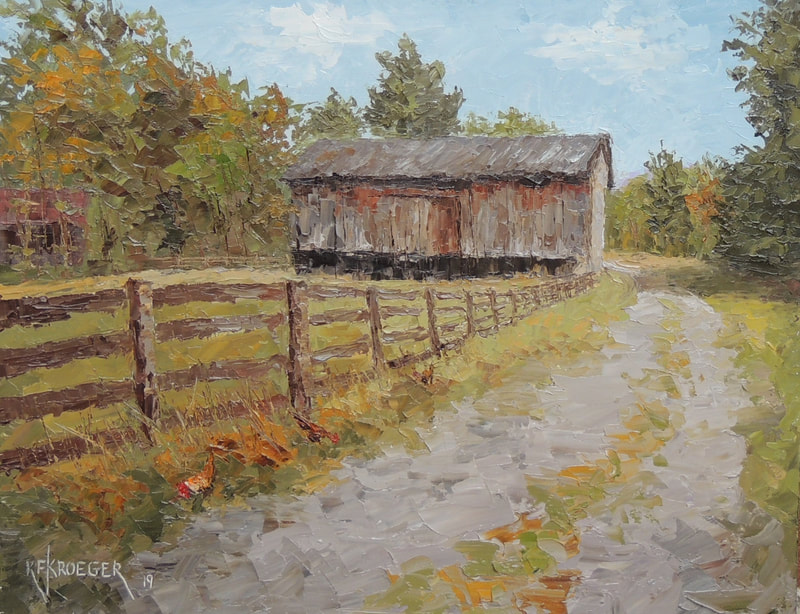 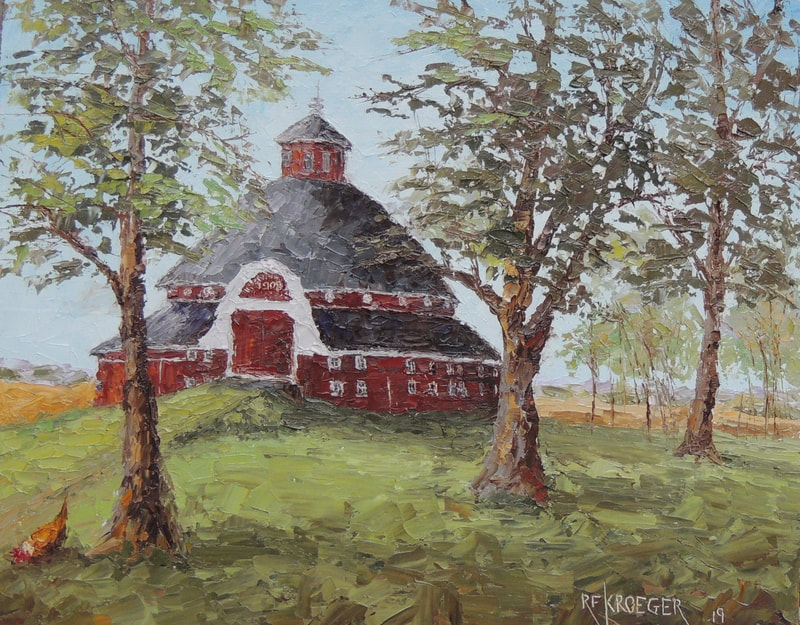 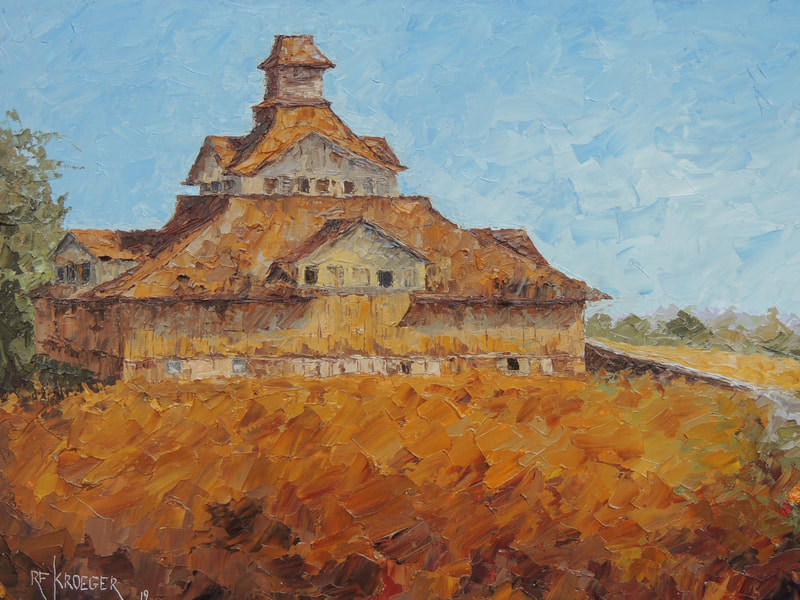 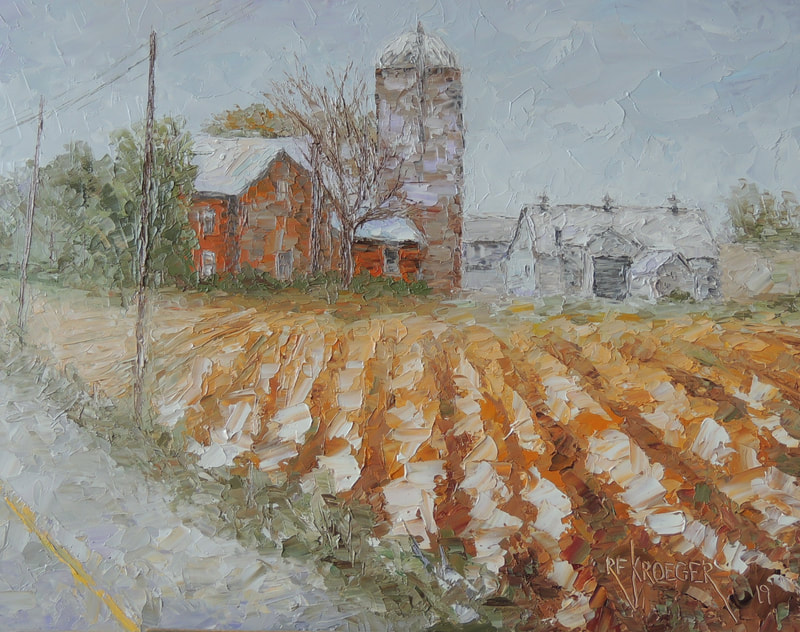 There is no entry charge and the exhibit will be open to the public.

About the artist and author: After a career in dentistry in Cincinnati, Dr. Robert Kroeger  had an epiphany with an old gray barn in Licking County in 2012. “You’re going to paint me, write about me, and preserve Ohio history,” the barn shouted. Writing was not a problem since Dr. Bob had written several books but, despite having an artist-father, he had not painted since childhood. After many workshops and lessons and more than a few bad paintings, he arrived at his technique – representational impression, using a palette knife in thick oil (impasto).

He didn’t keep track of the hotels he stayed in nor the miles he drove around Ohio, seeking old barns and their stories, but he remembers well the friendliness of the many barn owners he met and the help that numerous “barn scouts” provided by driving him from one barn to another in their county. He also didn’t record the amount his paintings raised in fundraisers for historical societies, museums, the 4-H, and other nonprofits. It’s always been his hope that each painting will find a happy home and that, 50-100 years from now, whoever should see the painting and read the essay will understand what our forefathers did to make Ohio a great state and how the old barns played a pivotal role in the process.