First, how old are these barns?

​The majority of Ohio barns that I paint were built after the Civil War (many Ohio veterans received land grants for their service), circa 1860-1900. Some were built before the Civil War – 1800-1860. And some were built in the early 20th century, making them now roughly 100 years old. And, while it’s difficult to determine the age of a barn – without hard evidence – here are some guidelines on aging a barn.

Hand-hewn beams. Before 1800, forests dominated Ohio, except for colonial forts, Indian villages, and a few open prairies. Large hardwood trees were plentiful. And, as the early settlers cleared forests to plant crops, they used hardwood trees to build log cabins and barns. Often, the barn, the income producer, came first. In eastern Ohio, chestnut was the wood of choice. White oak, in the southern section of the state, was a good choice, too. In other areas, hardwoods such as sycamore, elm, red and black oak, and beech were used. Barn builders knew their wood.

Farmers used axes to chisel square beams out of logs, often as large as 12 inches square and up to 50 feet long, for support posts for their barns. An example of this early construction can be seen in the wonderful museum in Marietta that encloses General Putnam’s original log cabin, built in 1788. Barn builders continued using hand-hewn beams for their barns well into the late 1800s. Some beams, still supporting Ohio barns, have been cut only on one side, leaving half of the log exposed. Obviously, this saved time: why cut the other side? 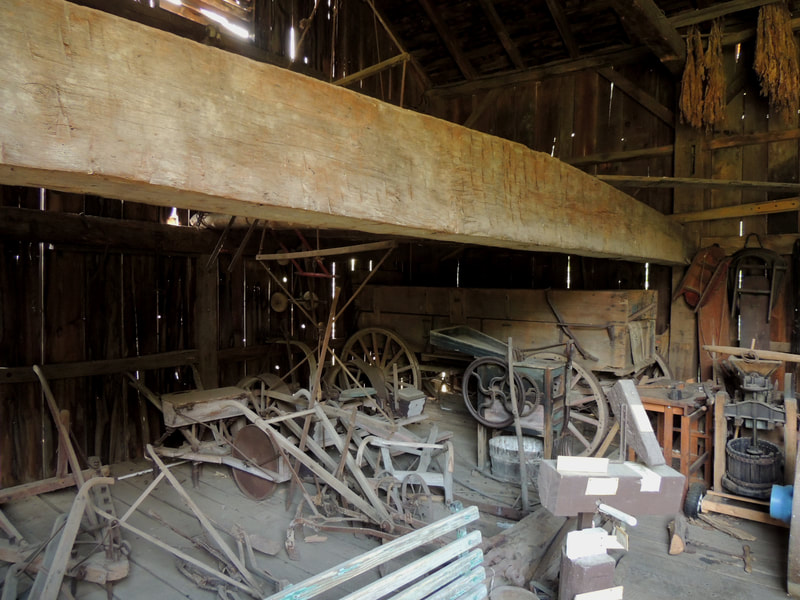 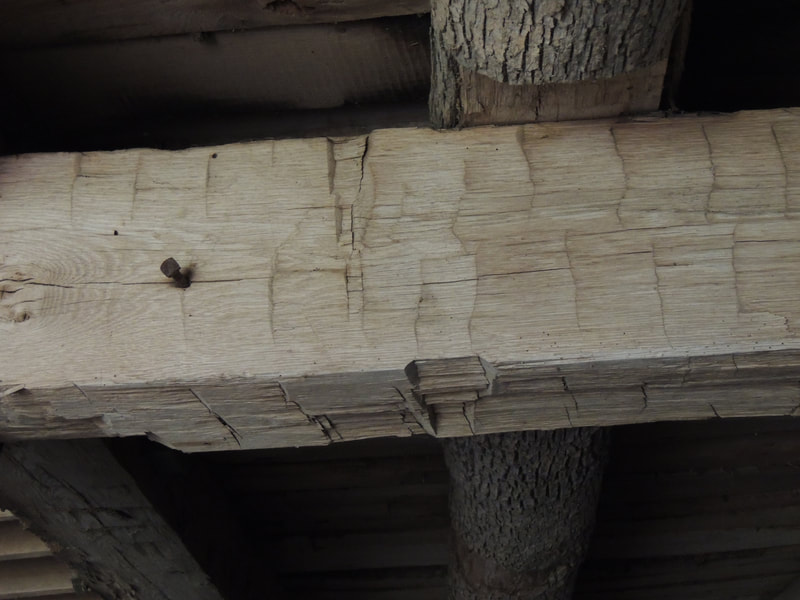 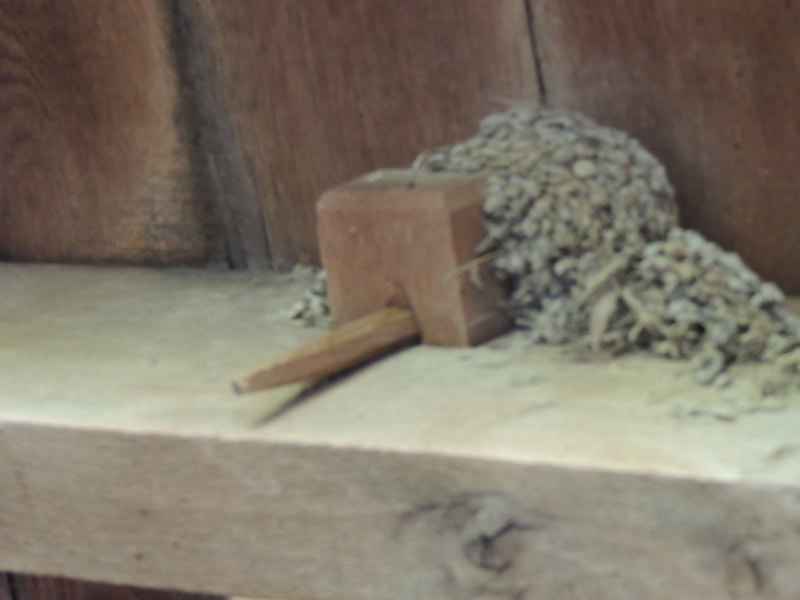 ​Next came the sawmills. The earliest one documented in Ohio was built on Wolf Creek in Washington County by Revolutionary War veterans in 1789. After the War of 1812, peace came to Ohio and, with it, more building, more industry, and more people. One historian documented 170 sawmills in Ohio by 1820. Along with the mills came nails: in 1822 Ohio had ten mechanized nail factories. The first known combined planing and sawmill was seen in an ad in 1834, promoting a mill in Cincinnati. Early water-powered saw mills left distinctive parallel line marks on the wood, from the vertical movement of the saw.

So, if the barn has hand-hewn beams and parallel lines, it was probably built in the early 1800s and before the Civil War.

Enter the circular saw. The first such saw was used in 1819 in Columbus, but, outside of being used to cut wood for a prison, it apparently was merely a costly experiment. Later, in the mid-1800s, steam power was used to operate saw mills and their circular saws, which could cut bigger and longer logs and left a more rounded blade mark, one with an arc. However, it may have been still practical for the barn builder to make the long supporting beams on site, using an axe.

The mortise and tenon joint. This joint, used for thousands of years to join pieces of wood, is prominent in old Ohio barns. Although there are many variations of it, basically it’s composed of two parts: the mortise hole, a slot cut into the wood, and the tenon, the tongue that fits into the mortise slot. Early Ohio barn builders knew that this was a strong joint and used it in the supporting timbers of the barn. These joints were cut to fit exactly, and together with the hardwood used, have stood the test of time, lasting over two centuries in some cases.

And, remember, these carpenters did not follow architectural drawings and did not have tape measures, power tools, or other modern building devices. They learned precise carpentry from their parents, relatives, or people who employed them. Old barns continue to be their legacy.

Wooden fastening pegs. Nails rust but wood doesn’t. So barn builders would use pegs of dense wood to support the mortise and tenon joint. This was like the Romans building aqueducts: large arches of stones fit together without cement. Likewise, Ohio barn builders did not use glue or metal nails to fasten the joints, only these wooden pegs. Woodworkers continue to use them today in making fine furniture.

Cut nails. In the 19th century, especially in the early decades, iron nails were expensive. These nails had a square head, then a rectangular head, and were made from about 1800 to the 1890s, when the round-headed penny nails were mass produced. Cut nails were used in attaching siding to a barn and are often found in barn siding dating to sometime in the 1800s. Photo below. 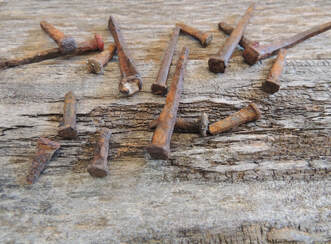