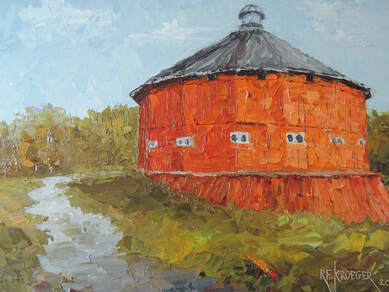 A map of the world that does not include Utopia is not worth even glancing at, for it leaves out the one country at which humanity is always landing. – Oscar Wilde

California’s northern Sonoma County, known for its vineyards, wineries, and the 19th-century Mission San Francisco Solano, has a population of close to half a million people, nearly as much as the population of Wyoming. From time to time, it’s also known for devastating wildfires, one of which, in October, 2017, destroyed the 16-sided Fountain Grove barn, iconic for not only its shape but also for its story.

This fascinating essay will be posted eventually. 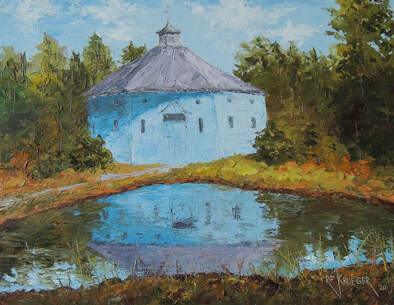 Adolph Weske, born in 1838 near Liegnitz in the province of Silesia, Germany, traveled around Cape Horn, arriving in California in 1850. He was 17 and ready for adventure, lured by tales of American riches – gold was discovered here in 1848 – in gold mining, which he began with his older brother. They mined for a few years in Placer County, in a settlement founded by gold miners. Originally called Michigan City, it had its own post office in 1854 and by 1858 the town was shipping $100,000 worth of gold each month. Leland Stanford ran a store in the town from 1853 to 1855, became a successful merchant, was president of the Central Pacific Railroad, and later founded Stanford University. Michigan City was a place to strike it rich.
This fascinating essay will be posted eventually. 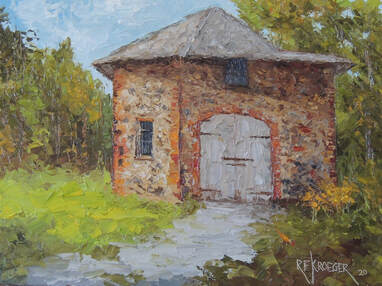 Cobblestones, though a problem for farmers in clearing fields and growing crops, were plentiful in the early days of colonization of the region beneath Lake Ontario. Glacial deposits left behind these smooth stones, rounds and ovals, some no larger than a fist which, in the hands of a skilled stonemason, adorned the walls of barns and houses, many of which still stand today. Like premium paint in the hands of an artist, cobblestones allowed each mason to use creativity and they decorated buildings, setting them apart from traditional wood, brick, or stone.
This fascinating essay will be posted eventually. 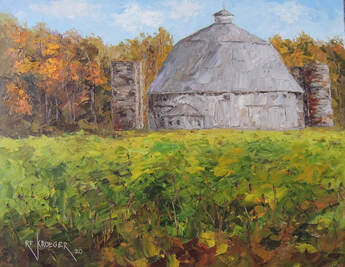 “The Round Barn of Cherbourg”

The port of Cherbourg, France, served as a base for repairing French ships in WWI and, when this barn was built in 1918, it was still supporting the war effort. Some 20 years later German tanks rolled into the city, marking the beginning of four years of occupation until D-Day in June, 1944, when allied troops stormed onto Utah Beach, only 25 miles away. On a more pleasant note, a 1964 movie, The Umbrellas of Cherbourg, perhaps better known for its music by Michel Legrand, which symbolizes the plaintive atmosphere of this historic village.
Long before the world wars of the 20th century, a farmer by the name of Cornelius Parsons Comegys owned a “mansion farm” near Little Creek in Kent County, Delaware. A veteran of the War of 1812 and a member of the Federalist Party, he also served as governor of Delaware from 1837 to 1841. After his first wife died, he married again, this time to Ruhamah Marim, a sister of Charles Marim, whose family owned a substantial farm. They had 12 children.
In the late 19th century, the farm still belonged to the Comegys family and included 376 acres and a 18th century mansion home (demolished in 1953). Family members were born on this tract of land called Cherbourg throughout the 1800s and continued ownership of the farm until Charles G. Cherbourg sold it in 1910 for $15,000, ending the legacy. The family graveyard remains on the property in perpetuity, as stipulated in the sales transaction.
The new owner, Harry McDaniel, Sr., must have been an innovative farmer since he chose a round design for his barn, which he began building in 1912. It was finished in 1918, an usually long period of construction, possibly interrupted by the war. It cost $6,000, a hefty sum in those years – four times what some round barns in Wisconsin cost in the same years. A tax assessment in 1915 included a 300-acre farm; 30-50 acres were wooded and 20-35 acres were marsh. He listed his livestock as six mules, a bull, a calf, and one horse as well as 16 cows, which is presumably why he chose a round barn design.
And what a barn he built! Unusual in its time, the walls feature poured reinforced concrete and the gambrel roof had no interior bracing. The first story walls, seven inches thick, were topped with a second story concrete wall, five inches thick, resulting in a lip that supported the floor joists. The barn’s diameter of 72 feet suggested it could handle a modest dairy herd of up to 80 cows – a feeding trough was located in a circular concrete platform. Twin silos, each with a grain elevator – on either side of the barn – were originally capped with a 12-sided conical wooden silo roofs. I decided to do the painting without some of the outbuildings and without the conical caps on the silos, thanks to a recent photo by Carol Ward.
In 1935 McDaniel sold the farm to James L. Davis for $15,000, suggesting difficult times since the 1915 taxation was based on a value of over $20,000. During McDaniel’s ownership – in 1930 and just before the Great Depression years – he acquired  more land and he added more buildings (besides the round barn): a gambrel-roofed conventional barn, stables, two milk houses, a tenant house, and granaries. Perhaps he couldn’t pay loans for the new additions.
The next owner, Stefanie Jackewicz, took over the farm in 1954 and, five years later, passed it on to her children, Anthony and Bertha Jackewicz. Historically minded, they applied successfully for a listing on the National Register in 1978. At the time it was no longer being used for dairy farming. They sold it in 1984.
Phillip Cartanza, owner of Cartanza Farms and a Delaware farmer for decades, used the barn for storage. Being a preservationist as were the former owners, he decided to save the barn after a storm in 1999 caused the roof to capsize into the hayloft floor. He spent considerable dollars in restoring both the roof, adding cedar shake shingles, and the second story wooden floor, adhering to period drawings for round barns.
Though the barn no longer houses a booming dairy operation, it serves as Delaware’s only remaining round barn, an icon of the past and a memory of a piece of farmland called Cherbourg, home to some of the state’s early forefathers. 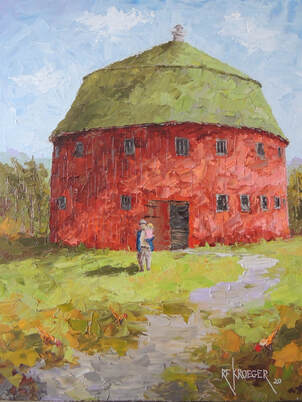 Round barns, often preserved because of their unique architecture, have been changed into functional businesses such as wedding and event centers, wineries, bed and breakfasts, restaurants, and office buildings. However, the Roncadori round barn, located about 20 miles from Athens, Georgia, and one of only three round barns still existing in the state, is the only round barn in America that has been converted into a mattress store, keeping it alive and well for customers and tourists, as well.
In 1909 the original farmer, George G. Williamson, purchased 188 acres from S.J. Nix and, four years later, hired Lee Helms, Early Barrett, and Claude Jackson to build two round barns. The smaller one, with a diameter of 30 feet, served as a barn for raising hogs but was dismantled over the years. Why round? Williamson may have seen the octagonal barns in Harris or Carroll counties, even though they’re over 100 miles away, or he may have read ag journals that described Wisconsin’s Professor King’s round barn plans with a central silo or he may have heard about the University of Illinois’ three round barns on its experimental farm. Regardless, he picked a round design over the conventional rectangular one and he had adequate resources to build it. CLICK HERE FOR THE STORY