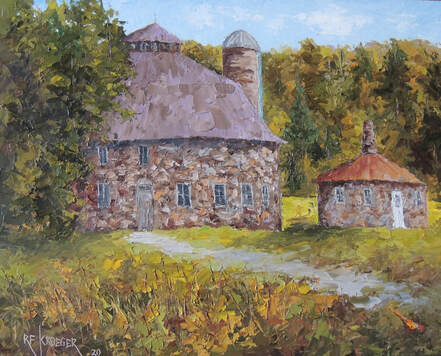 Like Finland, northern Wisconsin and Michigan’s nearby Upper Peninsula have cold weather and lots of snow. In fact this area, known as Copper Country, gets more snow than anywhere else east of the Mississippi in the U.S. – not ideal for farming crops. The region was, however, full of iron and copper deposits: this county was named Iron for good reason. After more than a century of mining iron ore in this region, ending in the 1960s, the famous 2,000-foot ore dock in Ashland, Michigan, was dismantled in 2012.
Copper mining, dating to 3,000 B.C. when Native Americans dug it out of small pits, also flourished from 1845 to the 1960s, and drew European immigrants. Along with the Irish, fleeing from the potato famine, Cornish, Germans, and Scandinavians began to colonize this area. Immigration of the Finns peaked from 1890 to 1920. One of them built this barn.
This fascinating story will be posted eventually. 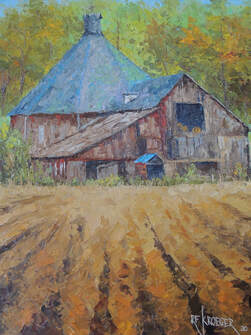 This barn, resembling, at least in this composition, a magical scene in a fairy tale by Danish author Hans Christian Andersen, stood in Honey Creek Township, an area named for the large amount of honey found here in the 1800s. Located in Wisconsin’s Sauk County, it was close to the village of Leland, which took its name from Cyrus Leland, an original settler who built a sawmill on Honey Creek in 1847. Today the village has a population of about 50.
This fascinating story will be posted eventually. 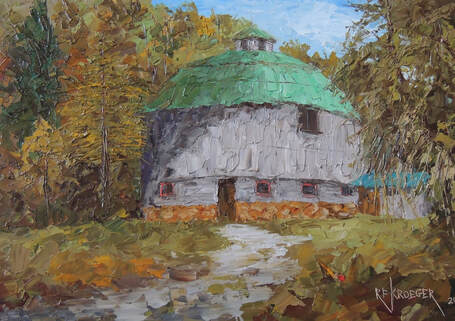 In 1906 Alga Shivers was 17, an age when much was expected of young men in rural communities – milking cows, harvesting crops, repairing barns. But building them? Local legend attributes this barn to Alga, known also as Algie, Shivers though it’s more likely that he assisted experienced builders. After all, farmers were pragmatic, even those progressive types who chose to build a round barn over a rectangular one, and they’d be more likely to entrust their hard-earned dollars to a builder with experience rather than to a 17-year-old.
This fascinating story will be posted eventually. 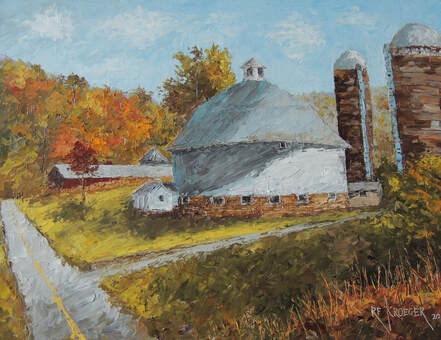 Frank Lisker and his sons, Joseph and Adolph, built this barn in 1910 – at the peak of round barn construction in Wisconsin. Their neighbors, Frank Jeffek, Frank Sladek, and George Abbot pitched in and Albert Sterba laid the colorful stone foundation. Lisker harvested trees on his farm for the lumber and used a specially-made handsaw to cut the boards. They used large boulders of sandstone, hauled via a steel-wheeled wagon from a nearby farm, for the lower level’s foundation. Besides following Professor King’s circular plan, the Liskers borrowed ideas from a neighbor, George Pepper, whose round barn, according to descendants, was probably built by Alga Shivers, though there’s no cupola over a central silo, a Shivers trademark.
This fascinating story will be posted eventually. 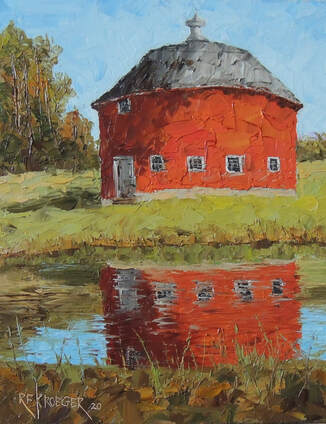 According to Melvin DeWitt, his grandfather Ernest DeWitt built this round barn in 1912, along with several others in the Cholvin Valley, a picturesque region located near Wildcat Mountain State Park. However, despite the claims of durability of round barns, this is the only one that DeWitt built that’s still extant. A bit smaller than most round barns in Vernon County – only 54 feet in diameter – this barn was unique in that its interior had lathe and plaster construction. The 10-foot wide central silo follows Professor King’s plan of the ideal dairy barn.
This fascinating story will be posted eventually. 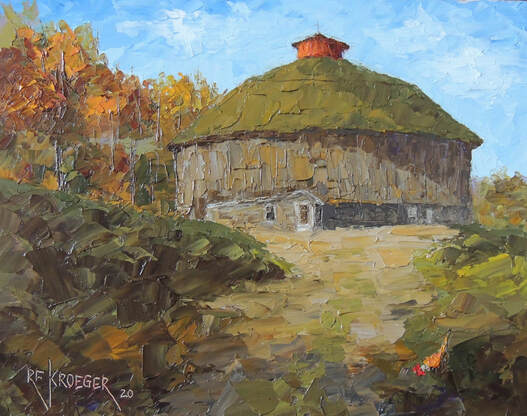 Old barns can suffer from shifting earth, which weakens foundations, their paint can peel, their roofs can leak; and most of the times these problems can be fixed. But old barns can’t survive lightning strikes or tornadoes, which often put the final nail in a round barn’s coffin – as happened to this round barn.
Its demise was tragic since it was one of the first that Algie Shivers built after he served in World War I. Before he enlisted – hoping to gain respect, which many African Americans sought in that era of blatant racism – he had studied carpentry and engineering in a college in Missouri, giving him a solid foundation for his passion – building round barns and other buildings. Returning as a war hero – he served in France, where only the French gave black soldiers respect – was no bonus for an African-American in the early 1920s. Coming home in 1919 to racism-free Vernon County, living and working on his farm, was all that Shivers wanted. He did not like to travel outside the county. No wonder.
This fascinating story will be posted eventually.