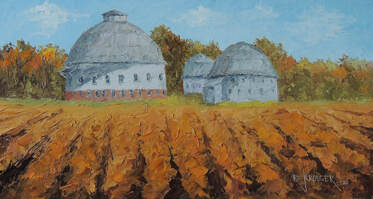 Ironically, the University of Illinois authorities ordered these three round barns to be constructed well after New York’s Eliot Stewart, who promoted his octagonal barn design in the mid-1870s, admitted in 1892 that round barns were more difficult – and therefore more expensive –  to build than their rectangular counterparts. This fascinating essay will be posted eventually. 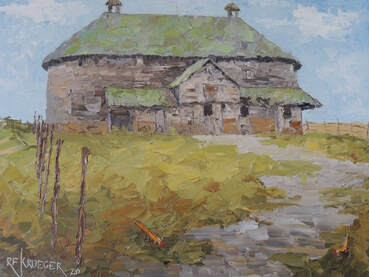 In 1901, seven years before the University of Illinois began its experimental agricultural station and its three round barns, Jeremiah Shaffer and his five brothers-in-law, the Haases, began building round barns in Ogle and Stephenson counties in the northwestern corner of Illinois, bordering dairy-rich Wisconsin. Though Shaffer, born in Stephenson County, was a school teacher, he read voraciously, which is how he presumably acquired knowledge about round barns and Professor King’s 1890 round dairy barn. He and his team built many of them in Stephenson County, which, in the 1984 group submission to the National Register of Historic Places, still had 21 round barns, more than any other county in America. As of 2007, five of these, on the register, still survive. Most were built by Shaffer and the Haas brothers. CLICK HERE FOR THE STORY 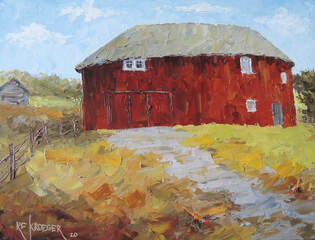 Appearing, from a distance, similar to the oval-shaped barn, the “donut” differs in that, especially from an aerial view, it resembles an actual donut – with a hole in the middle. Was this done to provide light into the inner parts of the barn? For time savings in feeding livestock? Or just to be different? Whatever the reason, the design didn’t catch on in other counties. Outside of Ogle and adjacent Stephenson counties, there are no existing round barns of this type. Of course, that doesn’t infer that such barns weren’t built elsewhere but it’s unlikely that they were. Of the seven such barns in these two counties, this one was the oldest, dating to 1898.
This fascinating essay will be posted eventually.