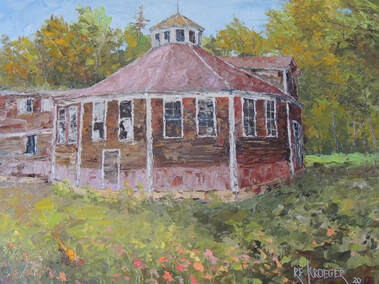 “All the Way from Norway”

Scandinavian immigrants preferred to settle in land with a climate similar to that of their homeland – with cold winters and lots of snow – the upper Midwest, stretching from Wisconsin to North Dakota. Norwegians, in particular, settled in the Dakota Territory, especially after the treaty with the Yankton Sioux, signed in July, 1859. This fascinating essay will be posted eventually. 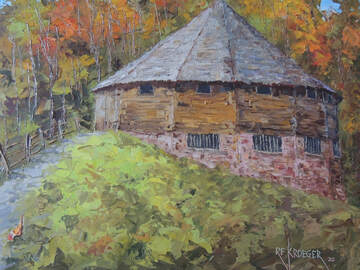 Like the Roman general Lucius Quinctius Cincinnatus, George Washington was not only a military leader and a political statesman but also a farmer, an occupation he treasured above all else, including the presidency. And while it may be true, as many historians claim, that Washington’s 16-sided barn was the first round barn in America, there may have been others built earlier, whose history has been lost. In fact, in 1761 an octagonal wood building was built in Virginia and was known as the Gentlemen's Pool House, which was the oldest spa structure in the United States and one of the earliest octagonal buildings. Jefferson, a close friend and ally, may have bathed here prior to the 1790s, although his only recorded visit came in 1819.
This fascinating essay will be posted eventually. 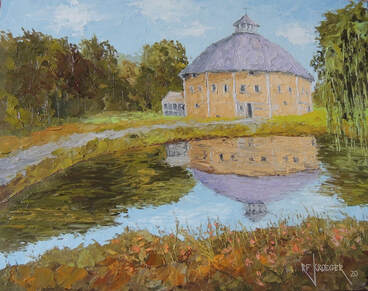 In 1917 Vermont’s final round barn was built, though there are no records of exactly how many were built in the state by that time. A 1963 Vermont survey showed 24 round barns remaining but today only about a dozen have survived – three, thanks to creative owners who converted them into a restaurant, an apartment complex, and, in the case of this one, a cultural center.
This fascinating essay will be posted eventually.